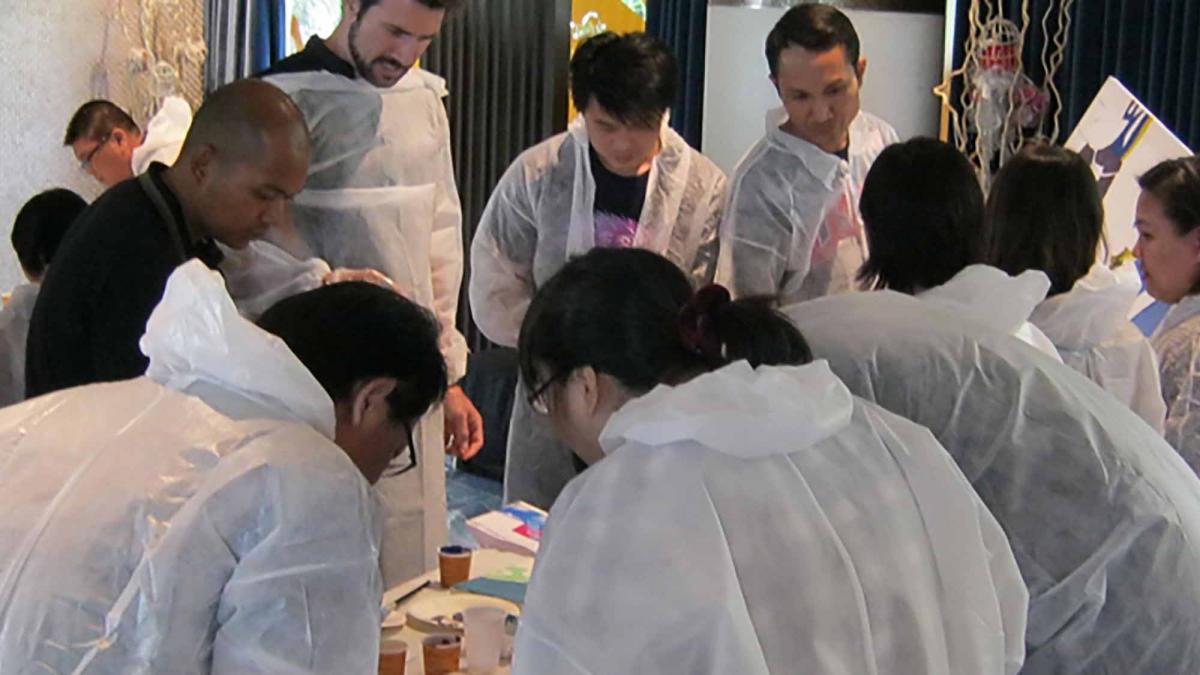 A multi-national telecommunications company planning their Asia Pacific regional kick off meeting for 420 employees in Sanya, China. As stated in the clients briefing, an exciting and team engaging activities integrated throughout a three days programme flow was requested. In addition, the client required proposals for a theme for the whole meeting that was befitting for the messages they wanted to establish.

All aspects of the meeting and team building activities needed to be aligned with this theme. Asia Ability worked with a production company to propose a theme around music (the final meeting room setup felt like a rock concert with a live band on an elevated stage) with a number of different team building components offered for the client to select from.

The final event was two of Asia Ability’s premium team building events conducted in two separate half day sessions – the events were fully customized to fit both the theme and venue. The participants first collaborated to create a huge masterpiece made up from 72 separate canvases in Asia Ability’s The Big Picture event. The revealing of the huge painting took place at the start of the following morning’s meeting session to huge cheers.

The painting remained as a backdrop for the rest of the event. The afternoon of the second day was Asia Ability’s Beatswork Samba. The band burst into the meeting room and performed briefly on stage, rewarded by great applause. All 420 participants were then informed that they themselves would, within the next hour, become a Samba band. The group was divided into 6 workshops and spread around the resort grounds, having great fun learning Samba from the expert sambistas.

The finale of the whole event was when each participant performed in the nerve tingling Beatswork finale in the ballroom just before dinner was served.

Asia Ability planned the event with the clients and a production company over a three month period and shipped a large amount of equipment to Sanya (including 450 musical instruments!!). The on-site Asia Ability team was made up of eight staff flown in from around the region, including Chinese speaking facilitators. 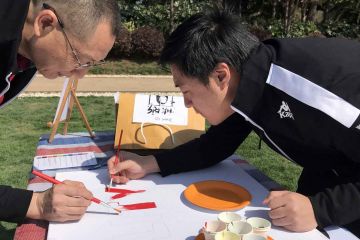