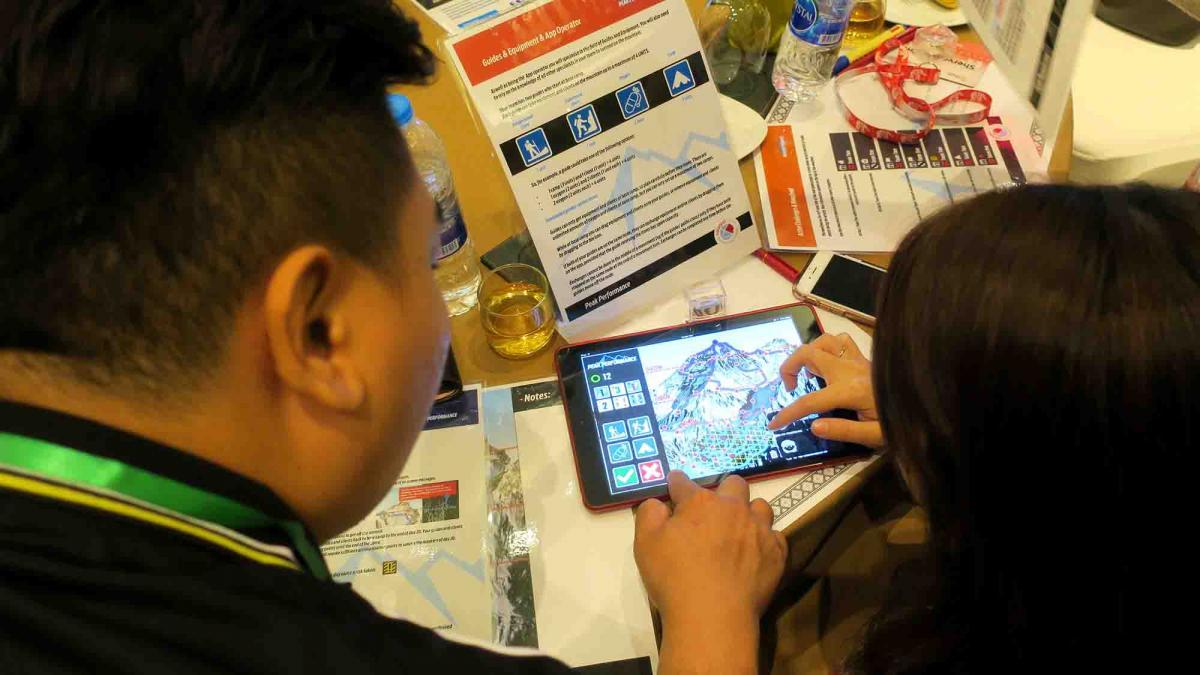 Leading provider of innovative, value creating plastics solutions was looking for a professional yet engaging and fun team building activity that would fit right into the theme of their event. Technology based team building activity, Peak Performance, in which teams work cohesively to guide an expedition to summit Mount Everest was the chosen activity for the day. Sixty-five participants from Abu Dhabi to Singapore to attend the conference which was held at the JW Marriott South Beach, Singapore.

The objective was to provide a unique team building experience before ending a full-day of conference. The solution was to develop teamwork skills through the use of technology..

The session kicked-off later in the afternoon after lunch break. The lead facilitator stepped on stage to introduce Peak Performance with a video to set everyone in the mood. After the briefing, teams were encouraged to divide tasks among their teams in order to share information they have read through materials provided. Once they were ready, iPads were distributed to each table for teams to have a go during the game trial session. This would last a few minutes before the real game began.

Many teams felt overwhelmed upon starting the game. That would be a cue for the facilitators to jump in and show them the ropes. Most times teams would get the game instantly but others take a little bit of time. The real game begins after the practice time is up and each team would have panic-stricken eyes but only for a short while. The scores on the screen would normally give them a little push for teams to keep up.

The moment that got everyone excited was when the active challenge stations opened up. There were 5 different active challenges which opened at different times. These challenges were related to climbing the peak of Mount. Everest. Teams were excited to try it out for the benefit of earning more points for their team.

The time ticked away and soon there was only a few minutes left on the clock before the game finally ended. Some teams were knee deep in the game and wanted to play another round. The lead facilitator did a quick review session. The game was a nice touch into their programme and some mentioned they’ve learnt to keep calm, listen to other people and work together.

The overall feedback was great everyone thoroughly enjoyed the team building twist in their session. 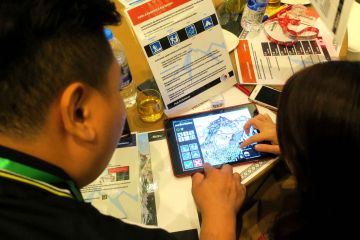