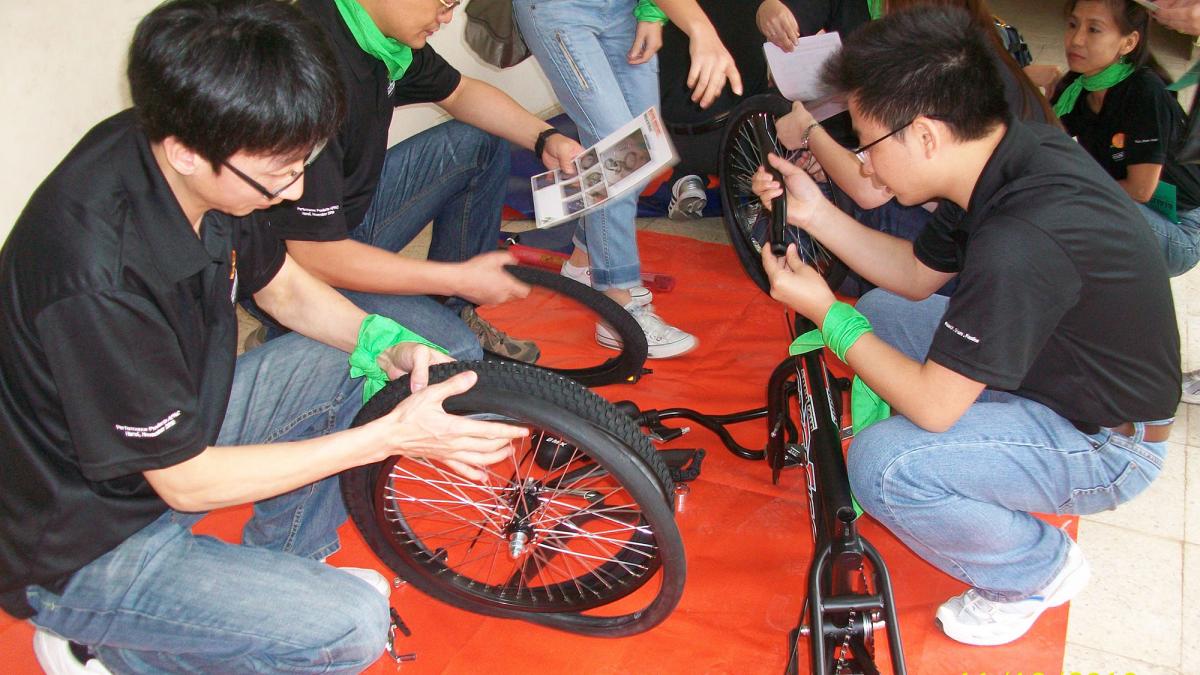 Global Health Insurance company add depth to their 4-day offsite meeting with Building A Dream CSR team building activity. The organizing committee wanted to pull the participants out of a meeting and surprise them with something meaningful. CSR activity Building A Dream, in which participants build bikes for charity was chosen It touches the hearts of everyone involved and ultimately benefits the needy.

After lunch, the unsuspecting participants were put on a bus and brought through the back streets to the mysterious destination… the surprise factor was overwhelming when they reached their destination which was the shelter home for the neglected and abused, kids between the ages of 6 and 12. The participants were then split into 3 groups and instructed to open a package and assemble whatever was inside it. They then had to build bicycles, 2 per team with the help of teamwork from their team mates and referring to an already built up bicycle sample at the front of the hall.

Upon completion, they were then introduced to darling little children from the home and the bicycles were presented to the children. In almost every region of the world, be it rural or urban, there are always homes for the needy within earshot so this is a brilliant method to help the participants give back and also to channel these goods and funds to the actual people who need them. The material to provide is also easy to source locally from most regions.

Feedback from the client was that they were all heartfelt, they performed their tasks with zeal and the best feedback any organizer can receive is to spot tears in their eyes as they alighted from their bus.

Collaboration to assemble & decorate bicycles to give to children in need.